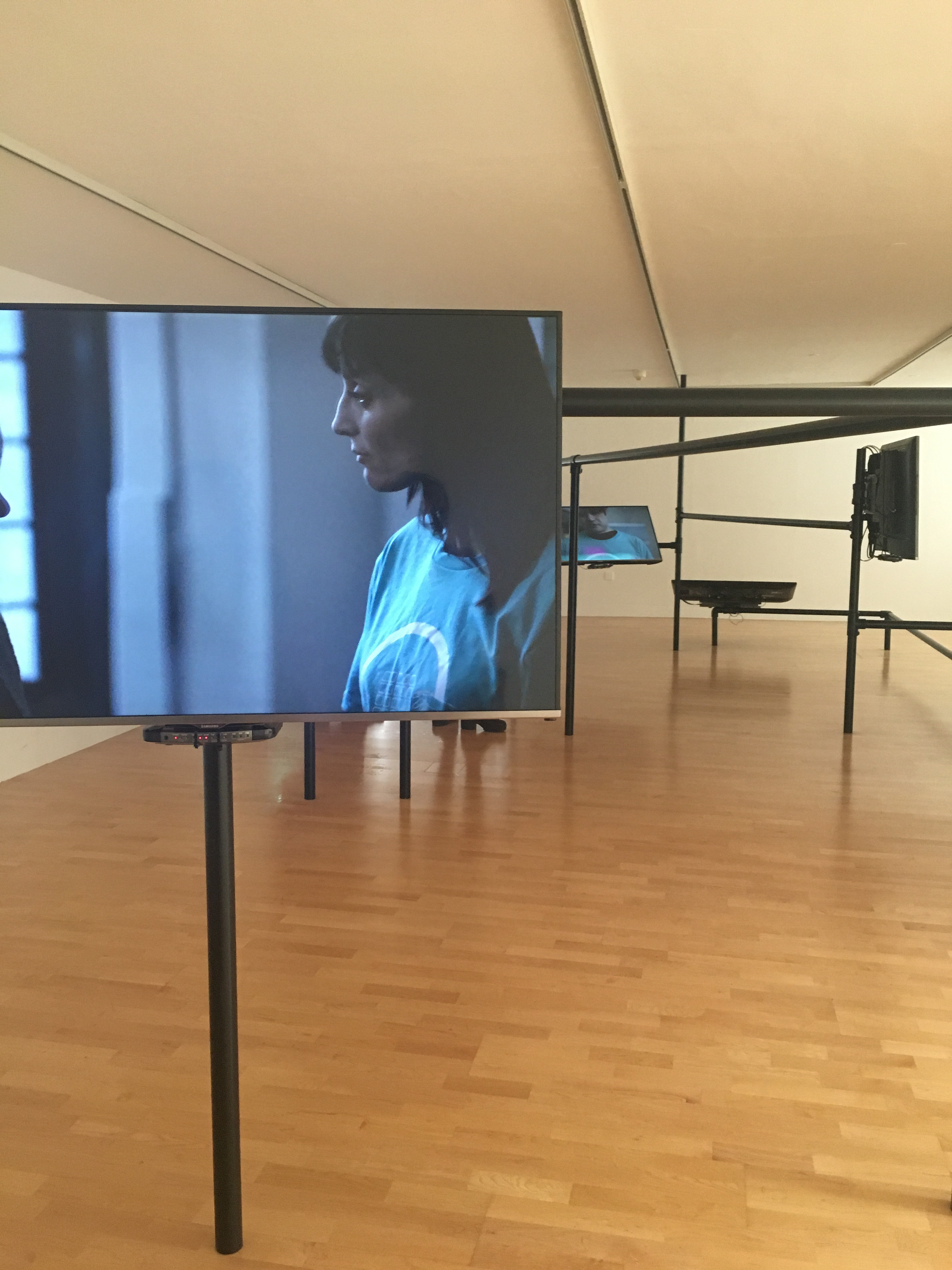 I am not quite sure how or why British Art Show 1 through 7 have managed to slip my radar, however, I somehow stumbled into one of the sites of British Art Show 8 sheltering wandering the Old Town of Edinburgh. Currently spread across 3 locations in the city, the show displays a variety of contemporary art installations.

The Talbot Rice Gallery hosts many stand-out installations, including that of Benedict Drew. If you like conch shells wnd nauesating flashing images, Drew’s Sequencer (2015) should not (and dare I say, cannot) be missed. Intended as a critique of our technological encroachment upon nature, Drew combines the two realms through his projections of natural landscapes that are disrupted by flashes of neon lights, surreal imagery and script that appear on screen like code. The juxtaposition of conch shell versus digital projection, neoclassic interior versus screens and tin-foil further embodies the uncomfortable reality of the opposing forces.

Other stand-out installations include Ryan Gander’s Fieldwork (2015) which displays objects on a conveyor belt. Perhaps a critique of the ever-growing consumerist nature of society and the growing preference for the convenient, the piece encourages viewers to speculate on the significance of the objects displayed using an inventory with included analysis as context.

British Art Show 8 also hosts Eileen Simpson and Ben White’s Open Music Archive, a collaborative piece using 8 suspended turntables that play music extracted from vinyl records, all chart hits from 1962, not coincidentally the last year commercial recordings can be retrieved for public use. Surrounded by technicolor hues, the listener can enjoy the sounds resonate above them in the dome structure of the installation’s location. Over 50,000 sounds have been used in the installation, the inventory of which can be accessed online at openmusicarchive.org/auditorylearning.

Since leaving the exhibition, the installation I have talked about the most has been Megan Gilligan’s video work The Common Sense (2014).  The piece imagines a dystopian future in which communication has been reduced to convenience: emotions, sensations and feelings are transmitted communally through use of ‘The Patch’. In a world in which people can update their ‘feelings’ on Facebook, the piece is very resonant. Gilligan’s work presents itself as a television drama, with characters exploring how ‘The Patch’ affects their daily lives. In this imagined future, corporations can own your feelings, employers can sense your productivity and expression through art is left redundant. The scenario imagines the extremities by which a capitalist society turns humans and their emotions into mere commodities, a sentiment not unfamiliar to average millennial whose worth has become only as much as their production value. This is summarised in the line of one character who states ‘you do a better job than your neighbour, or you do not have a job’.

The Common Sense is available for online viewing at http://thecommonsense.org.

The British Art Show 8 is currently split between Inverleith House, Scottish National Gallery of Modern Art and the Talbot Rice Gallery. Admission is free and the exhibition runs from the 13th of February to the 8th of May 2016. More information is available at britishartshow8.com.